What is a Switch Rod Fly Fishing? Why Swap?

Tags: What is a Switch Rod Fly Fishing what is

What is a switch rod fly fishing and why is it such a big deal? Because unless you've been living in the coral reel, chances are you would have come across what seems like an exaggerated hype about how fly fishing with switch rods completely revolutionizes the flying fishing experience. Is it just hype, or well deserved? 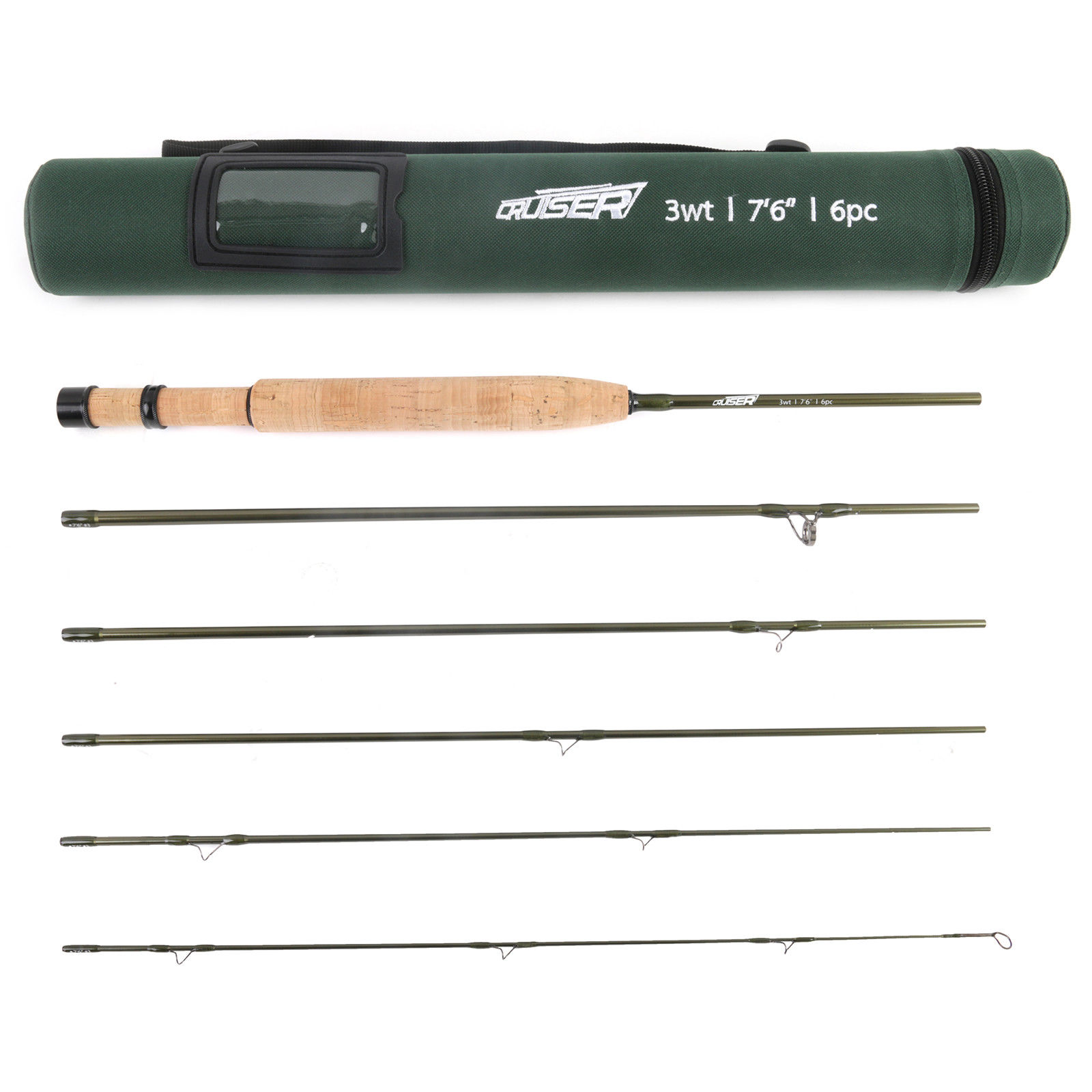 Without getting into too much detail, a switch rod for fly fishing is a type of fly rod, that's sort of a mid-way between single-handed and double-handed rods. So it's much shorter than a traditional spey, but somewhat longer than a single-handed rod.

Casting can be a bit of a hastle in big rivers when using single-handed rods because of reduced line control. But thanks to the added length, switch rod casting is easier, and drag-free. There's need for better balance with switch rods. You'll need to use a larger reel than is called for in a single-handed rod, because the difference is length and the distance that can be covered.

Switch Rod vs Double-handed Rod
Two-hand rods are a much larger cousin to fly fishing switch rods and even the most committed fisherman will get tired fishing with it all day. Because switch rods are much smaller, and lighter, it's easier to tote them along and fish all day without tiring. And as a bonus, its smaller size means less room is needed for switch casting, than for traditional spey rod casting. Anglers typically make the rod with a line weight so the rod can load more deeply, to make casting easier.

The switch rod is ideally a "jack of all trades" in that it's a combined function of both types of fly rods. You don't have to worry about walls, bushes or cliffs behind you when you cast your rod, just "switch" to whatever's ideal, regardless of the size of the water body. Switch rods are typically 10" to 12" in length. If you want to easily go from double to single, it's recommended that you get one that's 11", because all the best switch rods are. Here are a few advantages that switch rods have over their specialized counterparts.

Being able to swap between different casts without actually changing rods;

Better line control and natural drifts while fishing thanks to a rod that's longer than the average single-handed rod ;

Switch rods typically weight 30-40% less than the average double-handed rod. So while they may be heavier than single-handed rods, they're a lot lighter than doubles, which means you'll get tired less when fishing in a bigger river.
Best fly rod for small to medium sized streams. Navigating between small and larger rivers will be easier when fly fishing or roll casting. But a short skagit head will allow you throw heavier flies that are idle in larger rivers;

Hook setting is so much easier because the lighter weight, but longer rod provides more control
Clearly the appeal of owning specilized rods can't be disregarded, but neither can the benefits gained from switch rod fly fishing. If you only fish in one river or lake, and you know the lay of the water, then by all means, stick with whatever you have, because a switch rod might be an unnecessary luxury. But if you frequently visit other water bodies, it might be wise to ask "what is a switch rod fly fishing?" And why is it a thing?

Advantages of customers while fly fishing big sky at montana

What Gear to Get for Your Fly Fishing Accessories Kit

Prev: What is Tenkara Fly Fishing?

Next: What Are the Top Ten Fly Fishing Rivers?