When Ross A. Mueller wrote about fly fishing in Upper Midwest Flies And How to Catch Them, just one of his widely-read works delving into the ripples and eddies of fly fishing, he sure had his finger on the pulse of the industry and its timeless mystique. This 118-page chock full guide, though published 20 years ago, is firmly set in relevant data that Ross Mueller's fly fishing and tying experience and collection gleaned over nearly half a century. Countless colorful illustrations, patterns, and photos teach anglers about the seasons, materials, and tricks of the (Ross Mueller-style) fly fishing and tying trade. 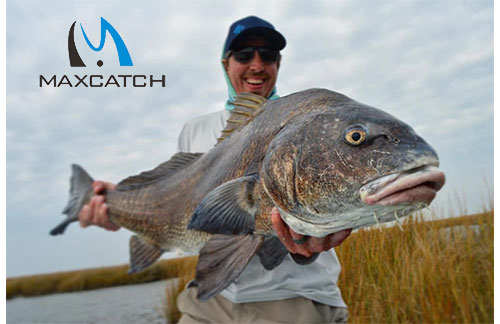 Another of his books still vital on the press and available by Amazon and several book dealers, shows why Ross Mueller fly fishing is legendary, Fly Fishing Midwestern Spring Creeks -- Angler's Guide to Trouting the Driftless Area: Good Things to Know. This pithy-titled read may sound self-explanatory and possibly explains its long, lively and popular lifespan to this day.

Exploring this singular, mysterious-sounding region, known as the Driftless Area of Wisconsin, Minnesota, and Iowa reveals one of the planet's most densely concentrated areas of limestone spring creeks, ridges and valleys which were not created by glaciers -- yet they're surrounded by flattened and glaciated terrain. The subsequent trout fisheries here are noteworthy. Again, Ross Mueller's fly fishing expertise is punctuated with live notes on how to find 'em, grab 'em and have a unique, top-shelf excursion.

Even more recently, a You-Tube Tight-Lines Fly Fishing Co. production called 'Fly tying lessons w/Ross Mueller: Blue Wing Olive Emerger" is a quiet thrill a minute for any fly fishing fan young or old. Mueller ties shuck with a chatty, professional deft skill level that clearly rises above the rest - not unlike the way a fresh hatch of flies rise above the water's surface in the mist in the finest moments of spring and fall.

When an apprentice asks, "is this one (of the flies Muller featured) in the book, Ross," Mueller answers, "this one isn't in the book," revealing new and varied fly tying skills being designed in front of their eyes -- and of those who watch the video. Describing in clear, quiet tones the finest details about the dark slate color of the wings of this singular fly, Mueller simplifies even the most complex of steps in the process. Need another reason why Fly Fishing with Ross Mueller is legendary? You be the judge. It's not easy to make one's mark in the wet and wild world of fly-fishing -- and keep it there as long as he has.

Other bloggers and vloggers, like one found on winonaflyfactory.com, name Ross Mueller's Hare's Ear (the go-to Nymph by many a Midwest U.S. angler guys and gals) as a lead in their own replication of the famed Muller's fly tying know-how and wide-reaching fan base. Why else is Ross Mueller fly fishing legendary? His skills are easily parlayed to novice or expert fly-fishers. His manner is kind yet authoritative. He started making a name for himself during an era when self-publishing was, in itself, a tremendous undertaking: in the case of Ross Mueller's fly fishing multi-media career, his published works were steeped in hard-earned knowledge.

"It's all in the wrist," shared Greg Ponte, former Trout Unlimited Executive Director of Maine. This is true. But in the case of lessons in fly-tying, etc., with Ross Mueller, it's also in the mindset. Success comes in many forms. To some, like Mueller, it comes in the form of an arch . . . cast widely and gently over the hush of a morning stream. Some such streams, like those described in Ross Mueller's fly-fishing memoirs, aren't stocked but still richly flowing with native brookies and browns.

Midwestoutside.com brings home the Ross Mueller fly fishing modality by writing: "Fly-fishing is a low-stress sport that teaches focus, patience and awareness of the environment you are in. . . Successful fly-fishermen also understand the type of food and bugs that are being eaten and are 'in=season. . . '" which is what Ross Mueller fly fishing helps anglers to imitate precisely and with great passion, if not only patience!

Taking notes and photos streamside for years was a labor of love. Sharing them with the world was another one such labor, from the standpoint of Ross Mueller fly-fishing industry tactics and techniques. Whether describing what flies produce and why, or marveling at the sheer natural impact of sustainable fishing in the Midwest, Mueller's fly fishing verve has been often rivaled, but not outdone, by generations of experts before and after him.

The Midwest's Driftless Area, described in such detail in Ross Mueller's fly-fishing guide, is comprised of deeply-cut river valleys, forested ridges, majestic falls and of course, Ross Muller-worthy fly fishing in a region otherwise flattened by glaciers. This geographically unique terrain is a haven for the most intrepid anglers seeking the thrill and beauty of a timeless sport.

As described succinctly on Redington.com, "Catch and release is the practice within fly fishing intended as a technique of conservation. Fish should be fought quickly and never allowed to tire to the point of exhaustion to prevent injury or death. After capture, the fish is unhooked using wet hands or 'no touching if possible' and forceps and returned to the water as quickly as possible. If necessary, resuscitate by pointing the fish's head upstream into the current and waiting until it swims off under its own power." That's a powerful statement embraced by Ross Mueller fly fishing fans and all intelligent anglers who know that preserving the resource is the best part of participating in it.

You see, it all -- TIES in together -- the delicate fish, the detailed techniques, the magical fisheries, and the fly fishing by a Ross Mueller-style big-picture view. Companies like maxcatchfishing.com know that much more than merchandise is being offered to its worldwide customers. It's offering beams of light for enthusiasts worldwide, through eye-opening stories like these about the mavericks of fly fishing like Ross Mueller and others who are making and keeping a name in the game.

One of a kind millers river fly fishing

How to fish in pagosa springs rivers and reservoirs

What is Maxcatch fly fishing equipment?

What are your favorite women's fly fishing pants

Prev: How to get martin fly fishing combo kit online