Making knots while fly fishing requires painstaking attention, but fly fishing tying tippet to leaders doesn't have to be painful. Once you master the basics of knotting a tippet to a leader, it'll become a piece of cake.

Note that even though not everyone attaches a tippet to their leaders when fly fishing, it's always advanced that you do so. When fly fishing tying tippet to leader can prolong the life span of your rather expensive leader. The reason is simple, your tippet, not your leader gets to face the brunt of the wear and tear caused by constantly changing your fly. 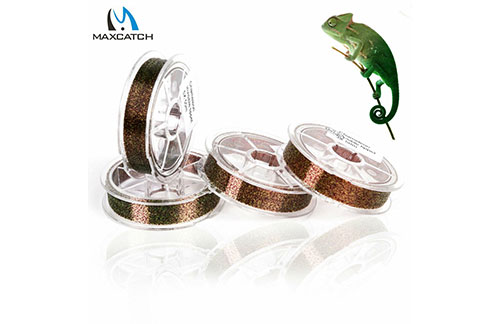 One thing you should probably bear in mind when tying tippet to a leader in the length. Attaching longer tippet's generally better because you could just cut off any excesses you don't need. Attaching a shorter tippet than you need might require you to unknot it, which isn't fun. The goal of tying a tippet is to make it secure to the leader. Loosening a secure knot won't be an ideal way to spend your allotted fly fishing time. Here are the 2 most common knots used to attach the tippet to the leader, as well as the steps to form the knot yourself.

Blood knots are a fisherman's favorite since the strength of the knot can be increased based on the number of knots tied. It works best when the lines being knotted have the same diameters - as leaders and tippets do. The name "blood knot" was actually coined because historically, sailors formed whips with a version of the blood knot, with the intent of drawing blood. This knot is also called a barrel knot or double blood knot.

Note that if you're right-handed, your dominant hand is your right hand, and vice versa. Most people opt for the blood knot, first because it has a thinner, more elegant finish. Second, because the knot is considered more secure than most, at first go. It may seem complicated at the beginning, but there's a reason most anglers learn it first before others when flying fishing tying tippet to the leader. Here's how to form one.

Step 1: Put the ends of both the tippet and the leader lines to overlap. You want to keep your dominant hand relatively free while doing this.

Step 2: Next, twist one of the lines over the other with your dominant hand. You can twist/wrap the tippet line over the leader about 7 times for extra strength.

Step 4: Slowly, pull the tag ends you'd brought to the center, so they form a knot. Clip the ends of the knot once it's formed for a neater appearance and you've got yourself a blood knot.

How to Tie a Double Surgeon's Knot

Surgeon's knots are considered easier to tie quickly in less than ideal conditions - of the windy, bad weather kind. However, most people find the lumpy, bulky finish of the knot slightly off-putting. In terms of strength, most experts say that the amount of strength depends on the confidence of the person tying it.

Step 1: Put the tippet and leader lines side by side, so they overlap. Ensure the tag ends are in opposite directions.

Step 2: Create a loose loop with the overlapping lines, then pass the tippet and the leader through the loop twice (because we're doing double surgeon). It should look braided.

Step 3: Use a lip balm or saliva to moisten the lines, then pull them slowly so they form a knot. Once this is done, clip the tag ends that are sticking out and you're done!

How to Tie Fly Fishing Line

How to Choose Fly Fishing Rod Holders for Boats?

How Do You Choose Trout Fly Fishing Rods?

Prev: How to Pick the Ideal Fly Fishing Tippet Length